Open payment: why will it benefit passengers & public transport operators ?

The digital revolution is accelerating and simplifying the habits of consumers as well as passengers in public transportations with increasingly connected vehicles. Open payment turns out to be the first choice solution to answer this growing demand for connectivity and optimization of our daily means of transports.

So what is the open payment ?

A concept that exploded with its introduction in London’s public transports, open payment took shape with the creation and the diffusion of the NFC technology in our smartphones and payment cards. The system of open payment therefore consists in tapping one of the two payment methods on a terminal which will process the transaction in a few seconds.

Following its launch by Transport of London in 2014, open payment had a dazzling success with its 1 million users during the first week; success that continually increased when 50% of the payments of travel tickets were made with open payment throughout the London network. In 2018, contactless card payment exceeded the number of validations with the Oyster Card (London transport pass), a fact that shows the quick adoption of this technology by its users.

How does it work ? 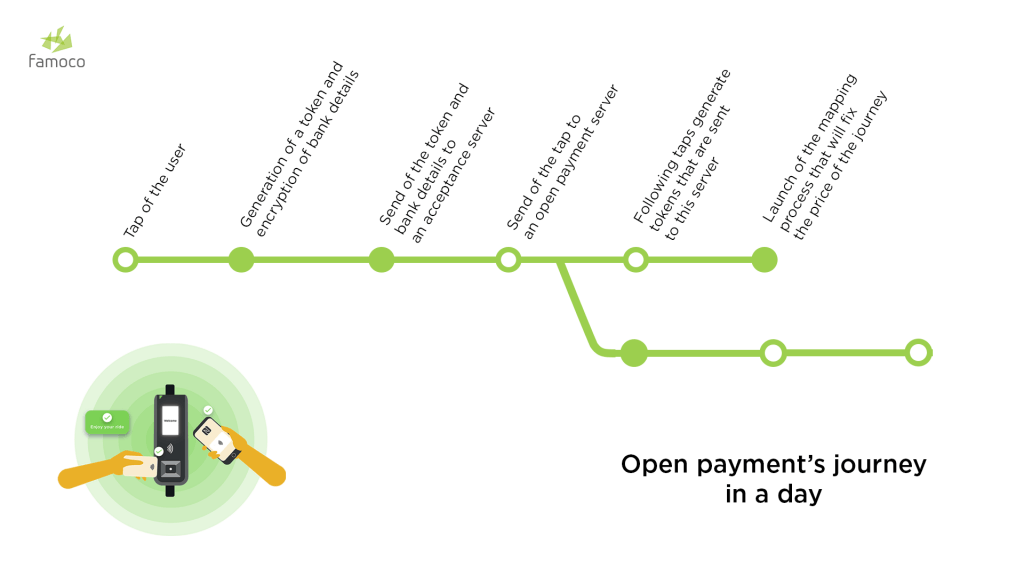 Between ride-hailing, carpooling and self-service electric scooters and bicycles, urban users are seeing their transport methods diversify exponentially these last years. With a growing population in these urban areas, the ease and fluidity of mobility become a crucial issue — for example, 2025 will account for almost 82% of the French population living in urban areas. Confronted with this, public transports, such as trains, subways, buses or trams, must be innovative and adapted to the needs of users : simplicity and speed become the keywords and open payment meets this.

Whether it be for the users or the public transport operators, open payment gives a lot of advantages :

Moreover, bus drivers will no longer have to handle ticket purchase transactions as they will be automated. Travellers will see themselves more and more autonomous !

Since its launch in 2014 in London, open payment has been introduced in several countries across the world. 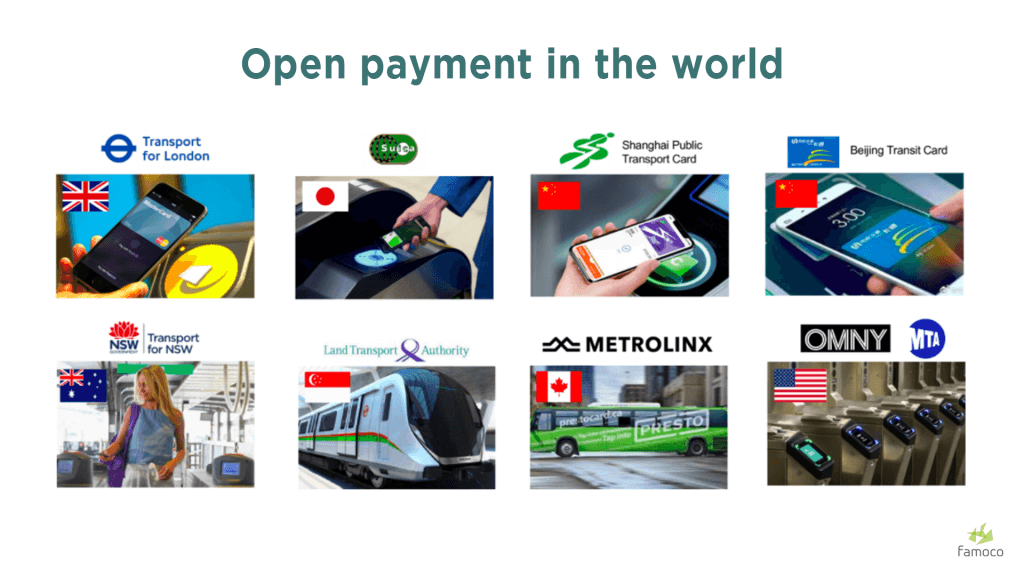 Today open payment takes a major place in the public transport field. Facing the diversification of displacement means (ride-hailing, carpooling…) transport operators have to adapt to the increasing demands of travellers connectivity, open payment would then fill this need thanks to its democratization in the world.

With the arrival of this new market we decided to design and launch the FX925 Pay&Pass. Contactless cards, smartphones, smartwatches and even barcodes, this smart validator will accept all kinds of travel passes. So catch the train of open payment with our FX925 validator !

To offer you the best possible experience on your Famoco mobile devices, we have ...

What is KYC? Many companies adopt this solution to identify their customers and fight ...